An engaging, versatile musician, Manuel Arellano-Bover combines his conducting activities with his passion for the violin and teaching music. He is the founder and conductor of the Siegfried Camerata.

Manuel is in high demand as a music teacher both in Spain and the UK. For the last three years he organizes the Summer School for young musicians at Blackheath Conservatoire of Music (London), and since 2018 he is the conductor for the project Todos Creamos, an annual event which takes place at the Auditorio Nacional de Música (Madrid) and comprises three Spanish schools and the Centro Nacional de Difusión Musical - CNDM. Manuel has worked as a violin tutor in London at Blackheath Conservatoire of music and for the Tri-borough Music Hub. He has worked for the London Philharmonic Orchestra as part of the teaching staff for the LPO Have a Go Instrument Sessions run by the Southbank Centre and has held violin teaching positions in Spain at the EMM Can Fargues, Escola Municipal de Música i Dansa de Mollet del Vallès, Espai Musical de Moià and as a music teacher at The English School (Barcelona). Since 2019 he is co-director of Academy Mozartinies, a music academy for children based in London.

Manuel studied violin with Olga Vilkomirskaia, a pupil of David Oistrakh, at the Conservatorio Superior de Música de Badajoz (Spain) where he graduated with first class honours in violin performance. He continued his studies at Trinity Laban Conservatoire of Music and Dance, holding the Gladys Bratton Scholarship, where he finished his Master’s degree with distinction. He also finished a Postgraduate Artist Diploma at Trinity Laban under the tutelage of Mayumi Fujikawa and John Crawford.

As a violinist and chamber musician Manuel performs with English and Spanish professional orchestras such as the Sinfónica Ciudad de Zaragoza, Firebird Orchestra and the Hastings Philharmonic Orchestra, as well as being one of the founders of the Bedriska Trio, an award-winning Piano Trio based in London. With the Bedriska Trio Manuel won the 1st Prize in the 2012 Cavatina Chamber Music Competition, and was awarded twice the John Thompson Prize for chamber music.

Manuel also has extensive experience as a conductor and has conducted orchestras in prestigious venues in the UK and Spain such as St Martin-in-the-Fields (London) and the Auditorio Nacional de Música (Madrid). He is the founder of the Siegfried Camerata and a regular guest conductor of the Orquesta Sinfónica Iuventas (Madrid). Manuel has been offered a place twice at the International Conductors Masterclass “El Escorial” with renowned conductor Jorma Panula and Atso Almila, kindly supported by the Richard Carne Trust, as well as being selected to participate at the conducting seminar of the Aurora Chamber Music Festival (Trollhättan, Sweden) with Kurt Masur. 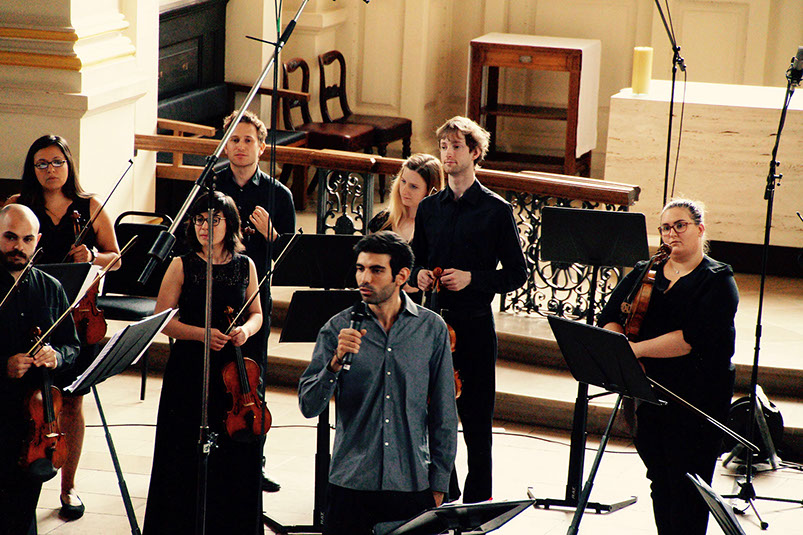